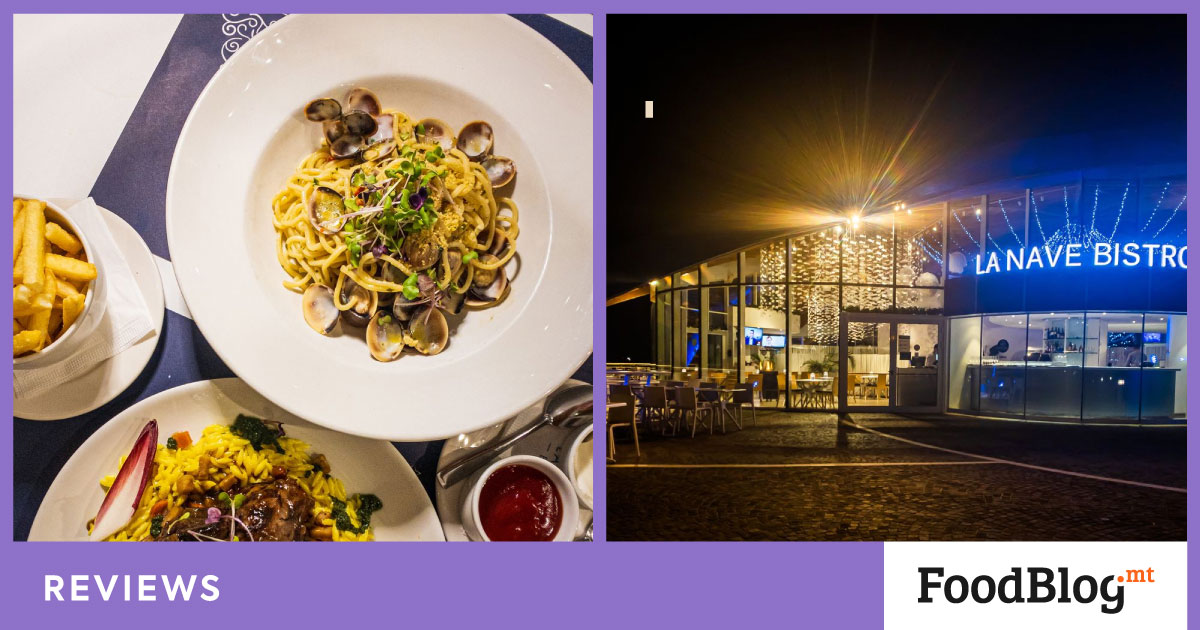 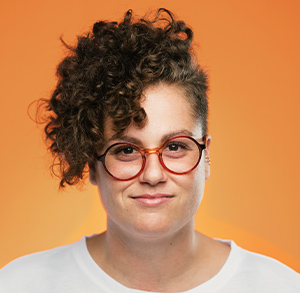 Whenever we locals, both natives and lovers of these Maltese islands, speak about Malta, we’re inclined to use certain attributes to describe our land - namely pointing out the sun, sea and sand as our top focal points. Our geography very much conditions the go-to cuisine of the Maltese islands, with Mediterranean specialities featuring on the majority of local menus. 🇲🇹

From pasta and pizza influenced by our Italian neighbours, fresh fish and seafood that we are so lucky to sport and of course the bounty of fresh fruit and vegetables, that our soil so generously produces; our tables are, more often than not, decked out with a burst of flavours from the Med. But there are some restaurants out there that take the typical Mediterranean dining experience to a relatable, yet special experience. La Nave Bistro is one of those restaurants. 💯 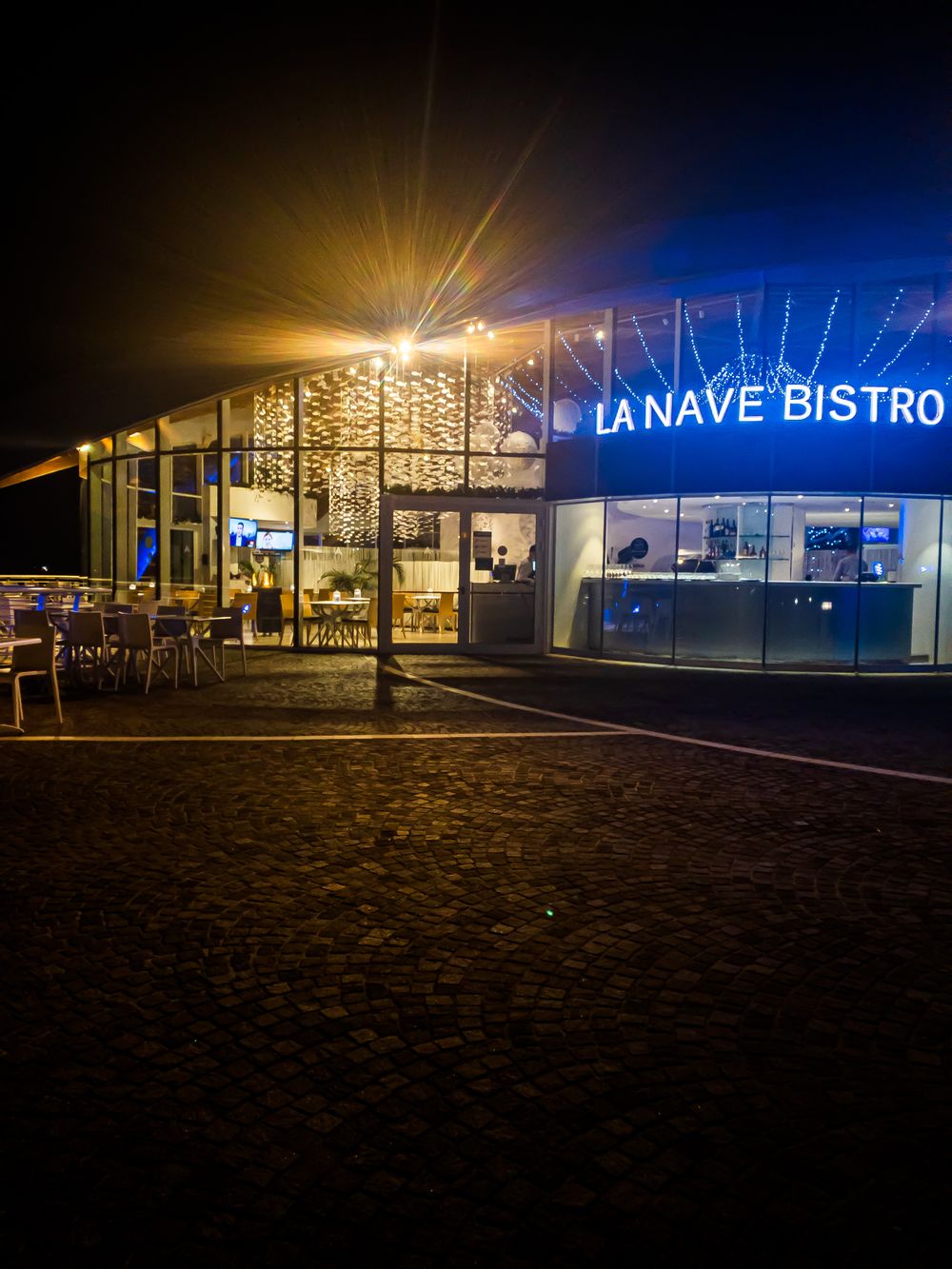 La Nave by night: peaceful and ready to serve.

La Nave is situated in Qawra, within the National Aquarium - aptly named as ‘The Ship’, this local restaurant shoots the nautical theme into full swing. Their decor is simple, subtle and elegant, but when you really immerse yourself in your surroundings, you can’t help but get those aquatic vibes; wooden beams, panoramic views and menu included. 🚢 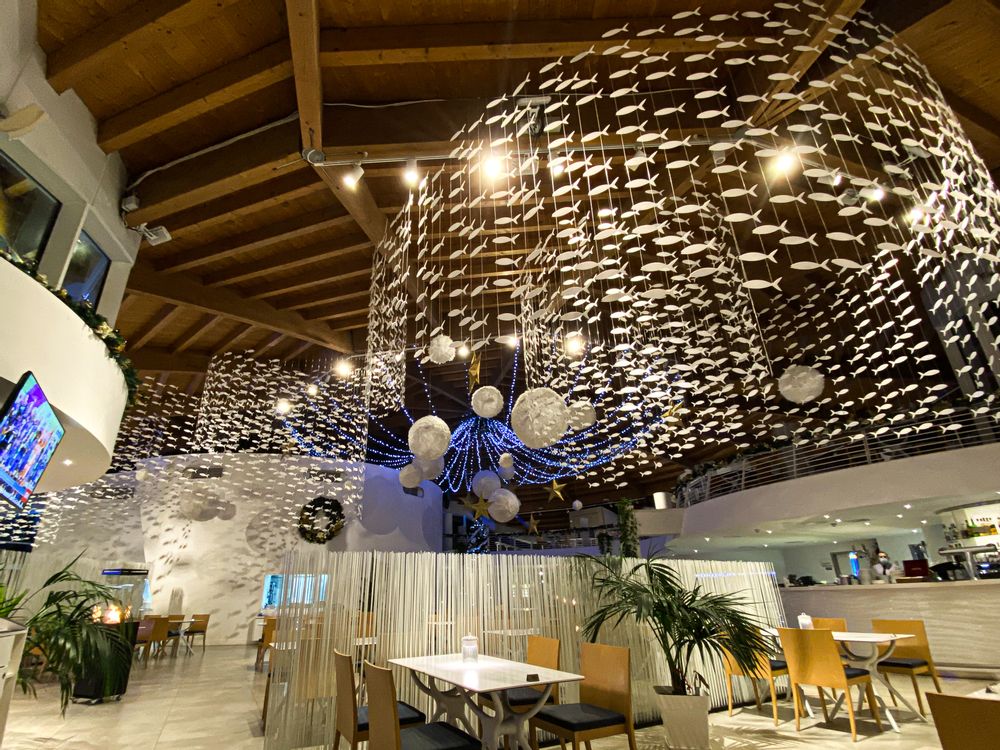 I’ll start this off by saying that my experience at La Nave was unexpected. The general experience in an entertainment café overseas doesn’t boast much to write home about generally, but our National Aquarium attached a winner to their overall experience, and it comes in the form of La Nave, a restaurant I will effortlessly return to, any day of the week. 👍

Ambience plays such a huge roll in a restaurant’s success, and quite honestly there’s not much to falter the environment they’ve created. We sat downstairs, just off the entrance, overlooking the view of St Paul’s Island’s, Comino and Gozo - possibly my favourite view on the island, so already a winner for me. 🌊

The restaurant was quiet, so it’s clear to say that service was at superstar level on the day. Our waiter was friendly, yet subtle - he gave us some suggestions for the night, namely the Parma and Pecorino Baked Focaccia, the Spaghetti Vongole and Braised Lamb Shanks, each of which pretty much summed up the direction we were heading towards, hunger and mood-wise. So we took their advice and waited for the food to roll out. 😋 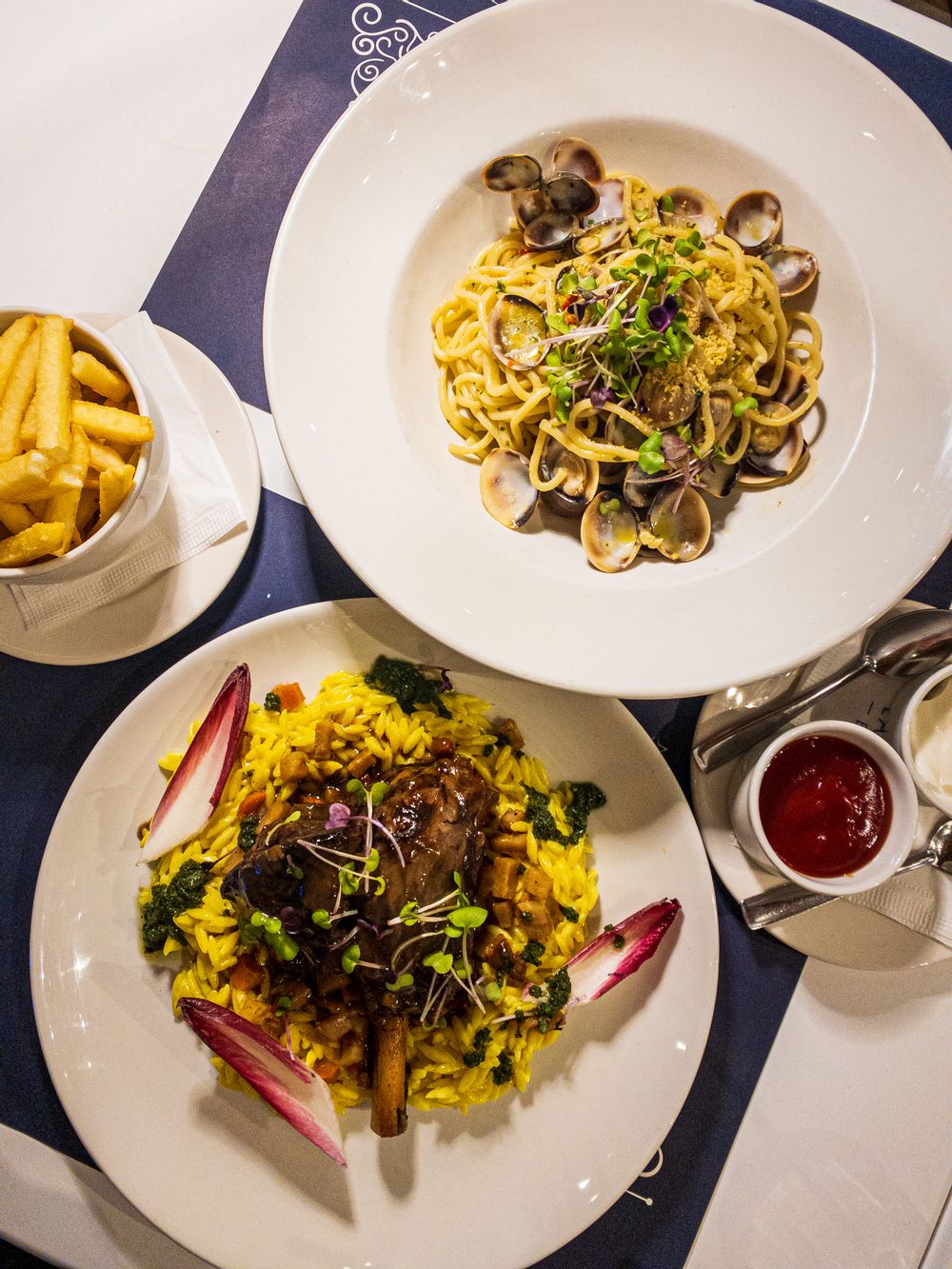 Some other interesting menu items that caught our eye were the Hickory Pork Ribs listed in the Favourites section of their menu, as well as the Moules Marinière starter and the Ricotta e Pomodori pizza… but even though food is always on our mind at FoodBlog, there’s only so much we can eat and appreciate in one night - this will most definitely be on order for our next visit. 🗓️

The quality and detail at La Nave: the Focaccia

There is absolutely nothing better than heading to a restaurant with just a smidge of expectation; we knew the experience would be a good one, we make sure to vet every restaurant prior to a review, but I can honestly say that I enjoyed the meal, service, ambience and quality of the food a whole lot more than I imagined. 😁

Within 15 minutes of ordering, our Parma and Pecorino Baked Focaccia made it to our table. Presented on a wooden board and chopped into hungry-people-friendly pieces, this focaccia brought with it a whole new aroma. Now, I hope you can follow this magical sensation of emotions that I attached to this opening dish… think of that freshly-baked-bread smell, that intensified nutty, grainy and slightly sweet waft that you get at the baker’s on a Sunday morning, take that, and pair it with the highly Italianised Parma Ham and Pecorino Romano - I was transported to the North of Italy, where all good piadini can be found. 🇮🇹 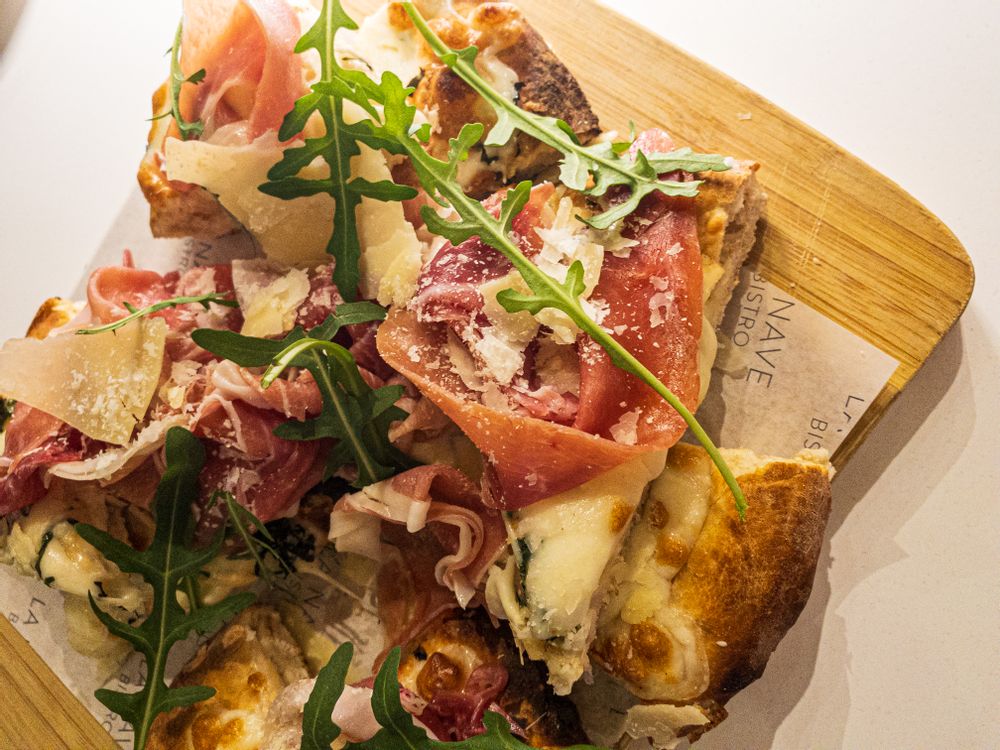 The dough itself was the star - and that’s exactly what you would expect from a freshly baked focaccia. A very light layer of mozzarella kept the balance between the crispy crust intact - the cheese layer still had that slight classic mozz-pull, without the heaviness of excessive oil. Spot on there. 👌

Now for the toppings… how and why would you go wrong with Parma Ham and Pecorino - probably the most classic-est of combos, made even more perfect with a peppery rucola scatter. Job done, infallible… but.... there is a way to boom it further. Chef Michael Farrugia makes sure his baked focaccia sticks out from the crowd with a crown of (very) thinly cut Parma Ham, shaved Pecorino and what I’m going to call his secret weapon - a gentle chiffonade of fresh basil. This was the ticket for me. 🔪 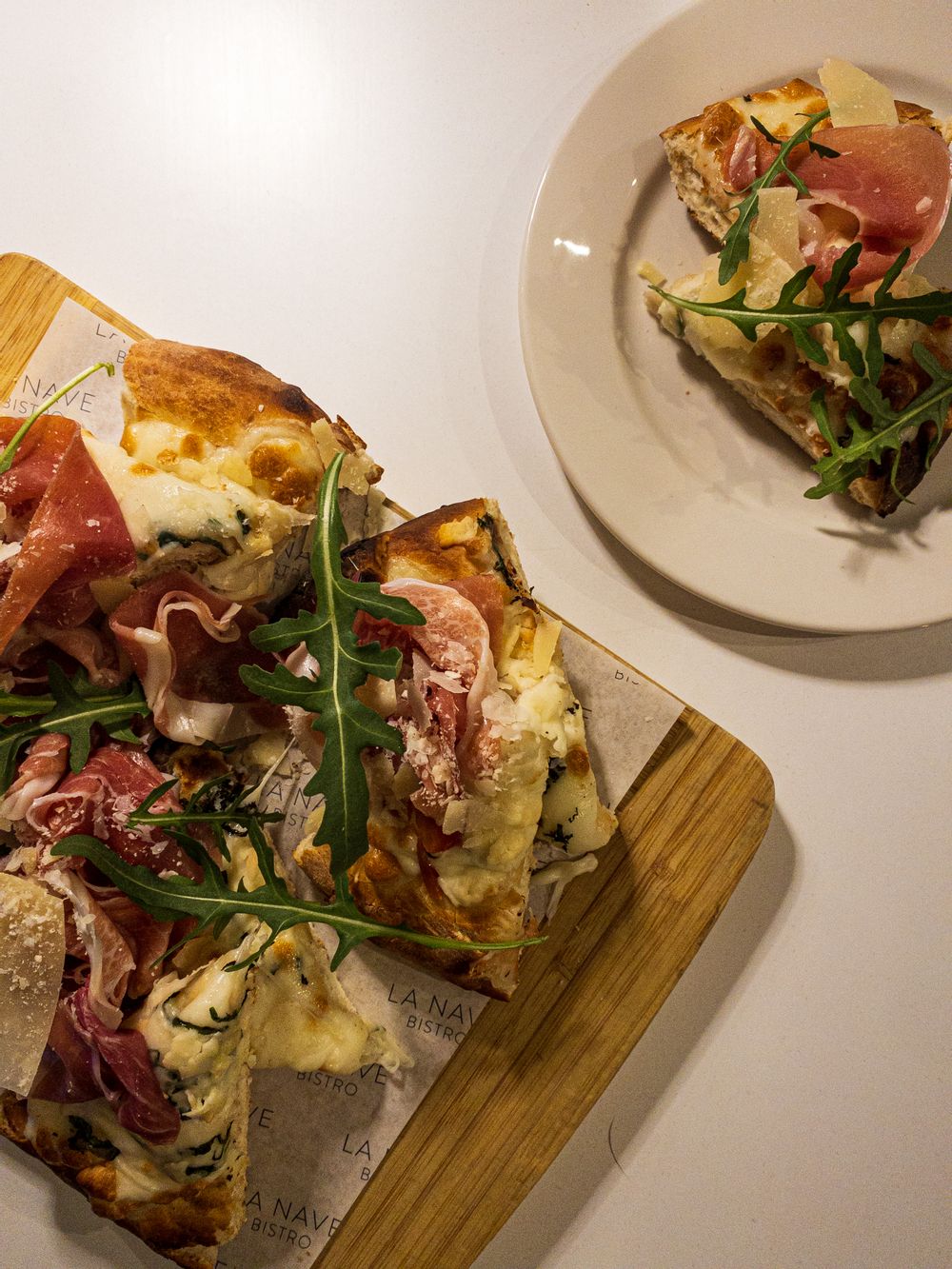 Let’s be honest now… the one slice is never enough.

This stunner is served as a sharing dish and goes for €10.95. It can get quite heavy as a starter portion, so if a big main or pasta dish is in your future at La Nave, you might struggle slightly. And simply because it wouldn’t be a fair review, without a few suggestions, my only comment here would be to divide the Parma Ham a little better, making sure each focaccia slice gets its share of the good stuff - seeing as it’s a shared dish. 🤔

The land and the sea: main dishes at La Nave

Let’s jump right into the mains. The Spaghetti Vongole and Braised Lamb Shank arrived at our table rather swiftly, a mere 15-20 minutes after we completed our starters. Not too crammed, but not enough time to tap your fingers on the table impatiently either. Seeing as our visit took place on a weekday, it would be fair to give the busy kitchen and waiting staff an additional 5-10 minutes at the weekend. It’s well worth the wait for the quality you’ll be receiving, so enjoy that extra glass of wine and let the seaview tide you over. 🍷

Spaghetti Vongole is often a go-to for me, I wouldn’t go as far as saying that it’s an absolute must-have, but it’s a super simple dish that really highlights a Chef’s skill and control in the kitchen. There’s a balance of saltiness and sweetness that you need to achieve, and it all depends on the clams themselves. What Chef Michael achieved in this fresh pasta dish hit the top tier of my Spaghetti Vongole craves, kudos Chef, we’re gonna be great friends you and I. 👨‍🍳 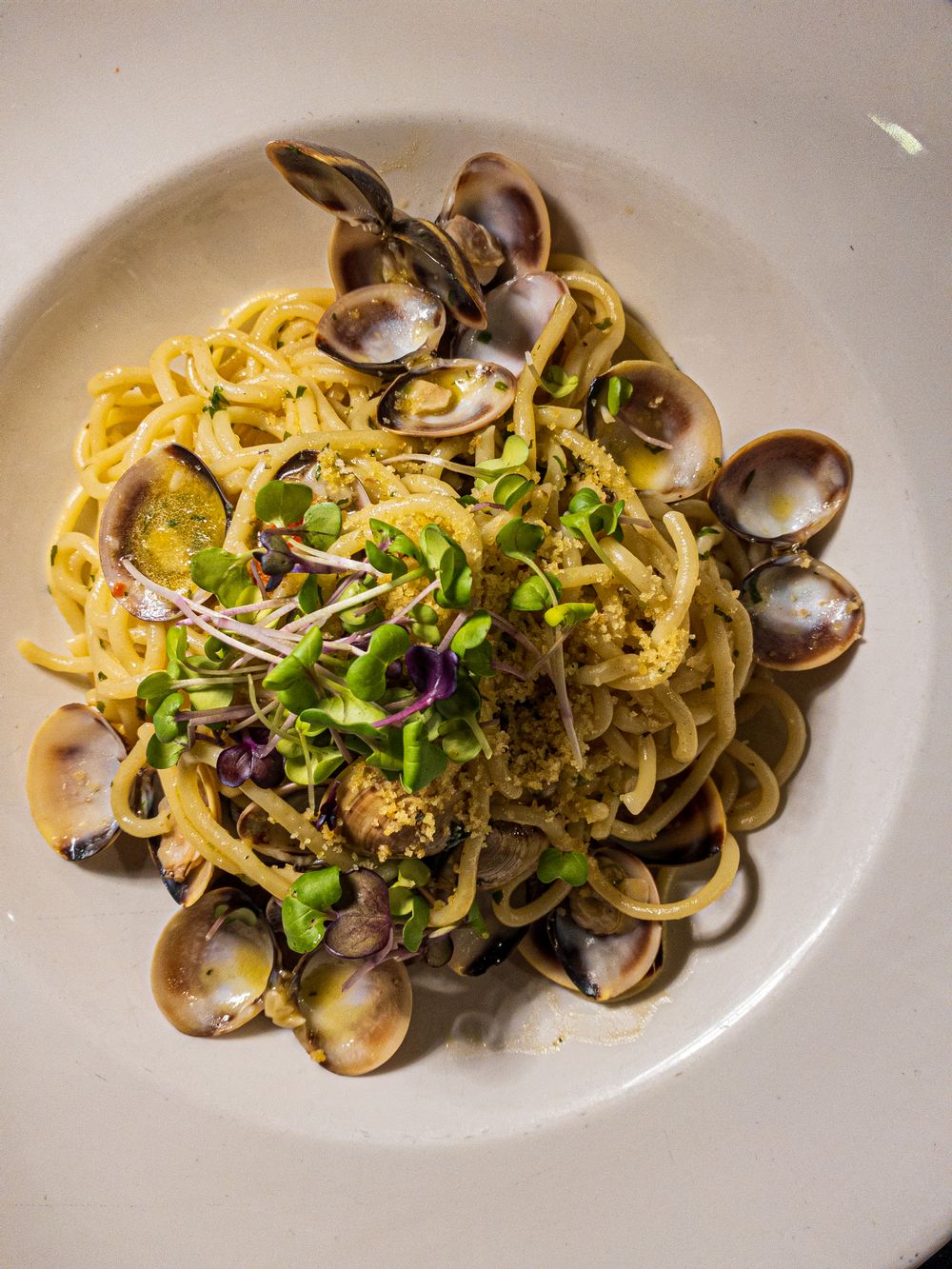 Spaghetti Vongole… where every fork full gives you life.

The fresh pasta gave the dish a distinct bite - it’s not, in any way, shape or form, similar to a dried pasta al dente - so expecting such a result from a fresh spaghetti would not be fair in the slightest. While getting your pasta to the perfect texture is vital, the bisque, broth or sauce of a Spaghetti Vongole is the dealbreaker. That wee bit of chilli for heat, that touch of natural salt and the sweetness from the clams needs to mesh together in the form of a bisque. This was all very pleasantly executed. 👏

While the clams themselves were very subtle, the overall experience of the dish felt like a brisk trip to the beach, without that overpowering ‘fishy’ taste this dish sometimes presents. Chef Michael’s final touch came in the form of a zesty lemon pangrattato which I was entirely grateful for. This fresh pasta dish will set you back €14.95 - a little on the steep side, but I’d have seconds here any day. 🤑

The last entry for our 3-dish review was the Braised Lamb Shank - a colourful dish that packs in a strange-yet-palatable combination of flavours. Served on turmeric cream orzo pasta, with little jewels of roasted carrot and parsnip spiced with ground cumin - these two elements presented a somewhat Middle Eastern vibe - maybe swaying on the Lebanese path, especially with the perfectly cooked lamb shank sitting atop it all. 🐑 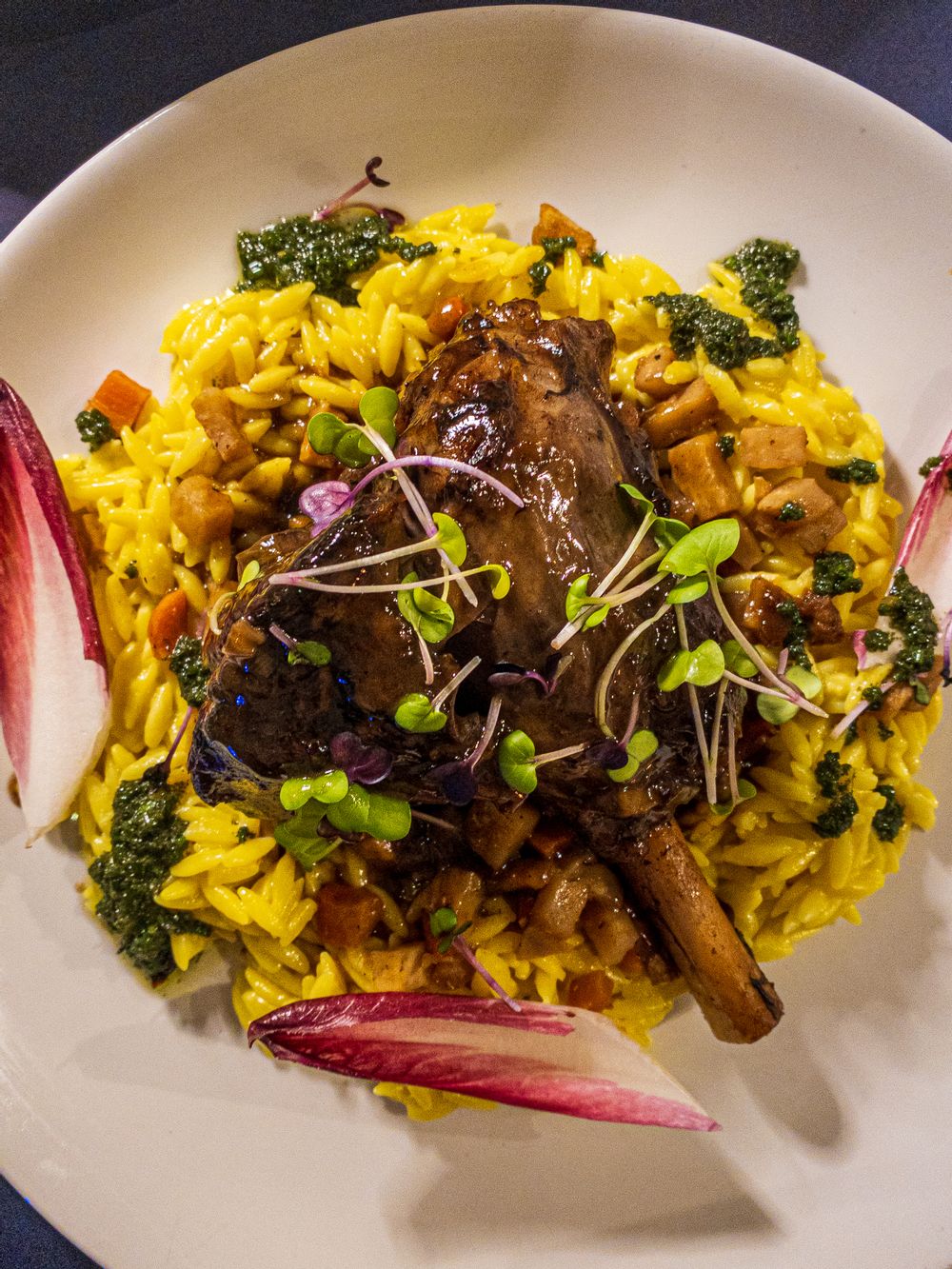 Look at those colours… and the flavours were all on it too!

First impressions were engaging here, the pop of yellow from the orzo, the orange carrot morsels, the pops of red in the radicchio and green in the aromatic herb sauce... plus the secret highlight of sweetness and red-pink beetroot hues that you’ll later discover at the base of your dish. Overall this dish was artistic and fun, and all the flavours complimented each other. ⚖️

We sometimes miss those little details, such as Chef Michael’s use of radicchio and a herby sauce to cut the natural fattiness of the lamb - or perhaps the bold spices used to give the lamb a compatible partner on its dish. These are the details that local restaurants should be hunting down: complimentary flavours and ingredient choices that balance out a dish without overpowering, in this case, the lamb’s beautiful stands of loose meat that fall away from the bone as you brush the shank with the edge of your fork. A fair €19.95 for this generous portion, is definitely a must-try if lamb’s your jam! 🎨

To say we were stuffed is a bit of an understatement, it wasn’t the kind of stuffed were you’re bored or tired og eating though, this was a genuine - “please don’t feed me anymore nanna” kind-of moment. But a warm Chocolate Brownie needed a home, and we couldn’t refuse the poor guy. So we ate it. And it was good. 🍫 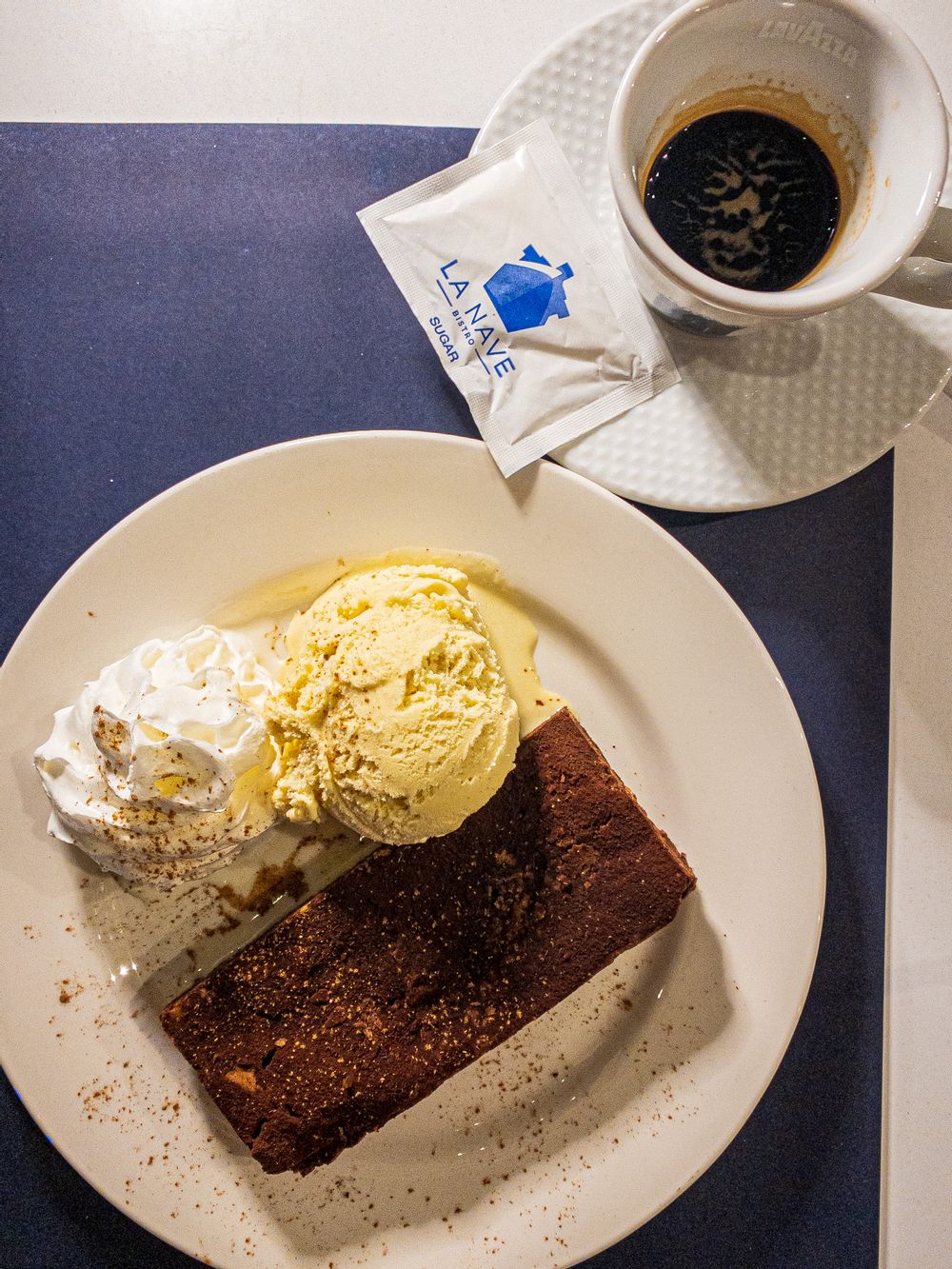 That crispy exterior though, gee wizz was it crunchy!

A simple 3-ingredient brownie packed with dark chocolate, hazelnut and flour: simple yet delicious. The crispy exterior, slightly fudgy centre and rich palette feel, gave this meal-closer a two thumbs up, especially when served with their selection of the yellowest vanilla ice-cream, speckled with vanilla bean fragments - as it should be. 🍨

Well, that was my take on this Mediterranean-style seaside bistro, simple, packed with flavour and so easy-going. If you’re looking for a good meal, at generally reasonable prices La Nave should be on your list, hit this place up during the week for a chilled vibe or drop by at the weekend for a lively atmosphere and stunning views. 👑

Will you be giving La Nave a try?

FoodBlog Mission Statement: The above opinions are based on the reviewer’s particular personal experience during the restaurant visit. FoodBlog’s primary aim is to give restaurant owners and chefs an insider-view to their clientele's experience; highlighting their strongest suits and applauding all floor and kitchen staff for a job well done while making them aware of the personal improvements we feel would elevate their restaurant. FoodBlog critiques are intended to improve the Food and Beverage experience for diners and to encourage excellence in culinary and hospitality professionals. 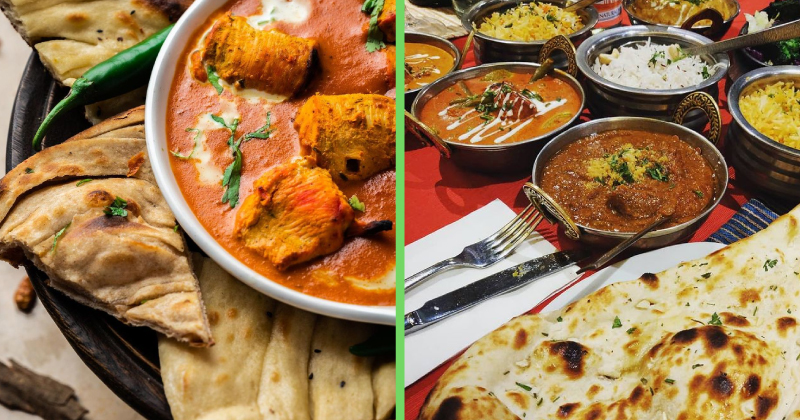 Part 2: 9 Indian restaurants in Malta you need to tuck into 🇮🇳 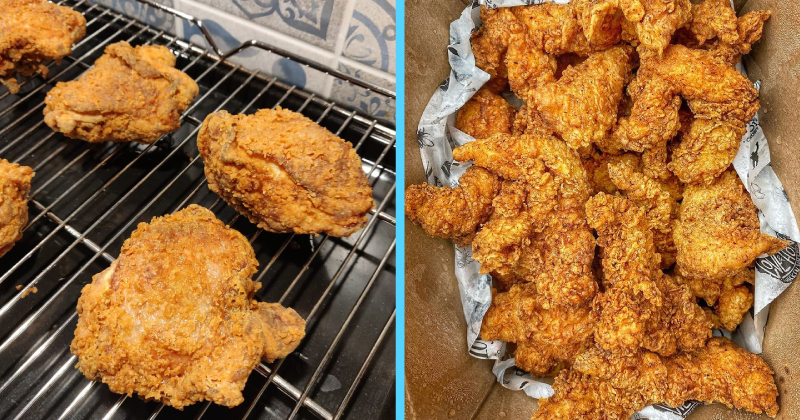 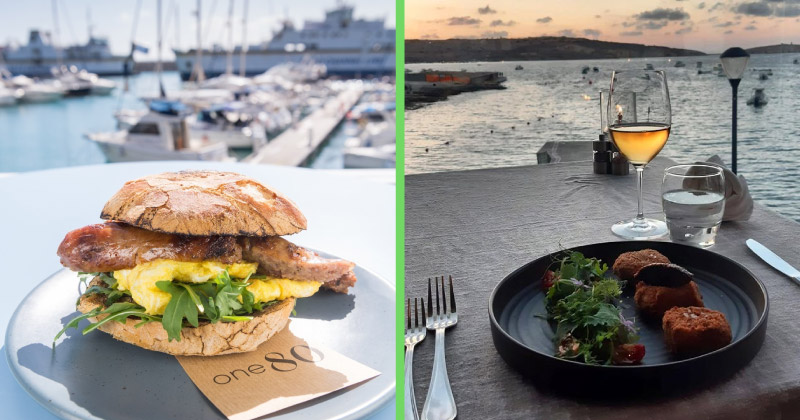 Restaurants you should visit for the best views in Malta & Gozo 😍 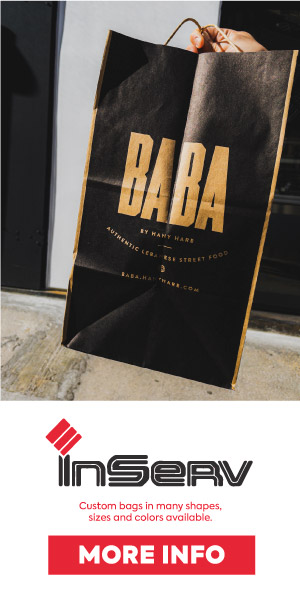 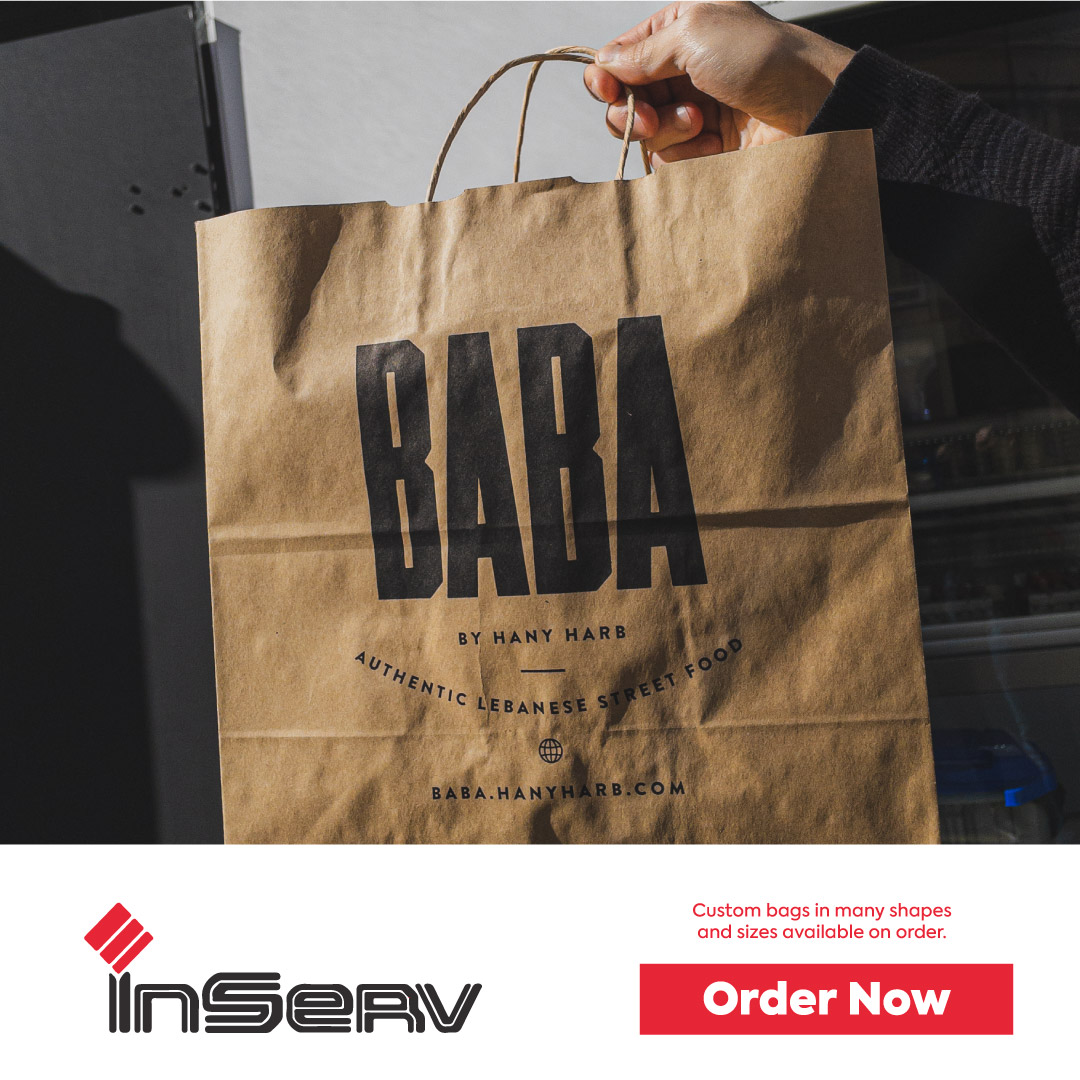 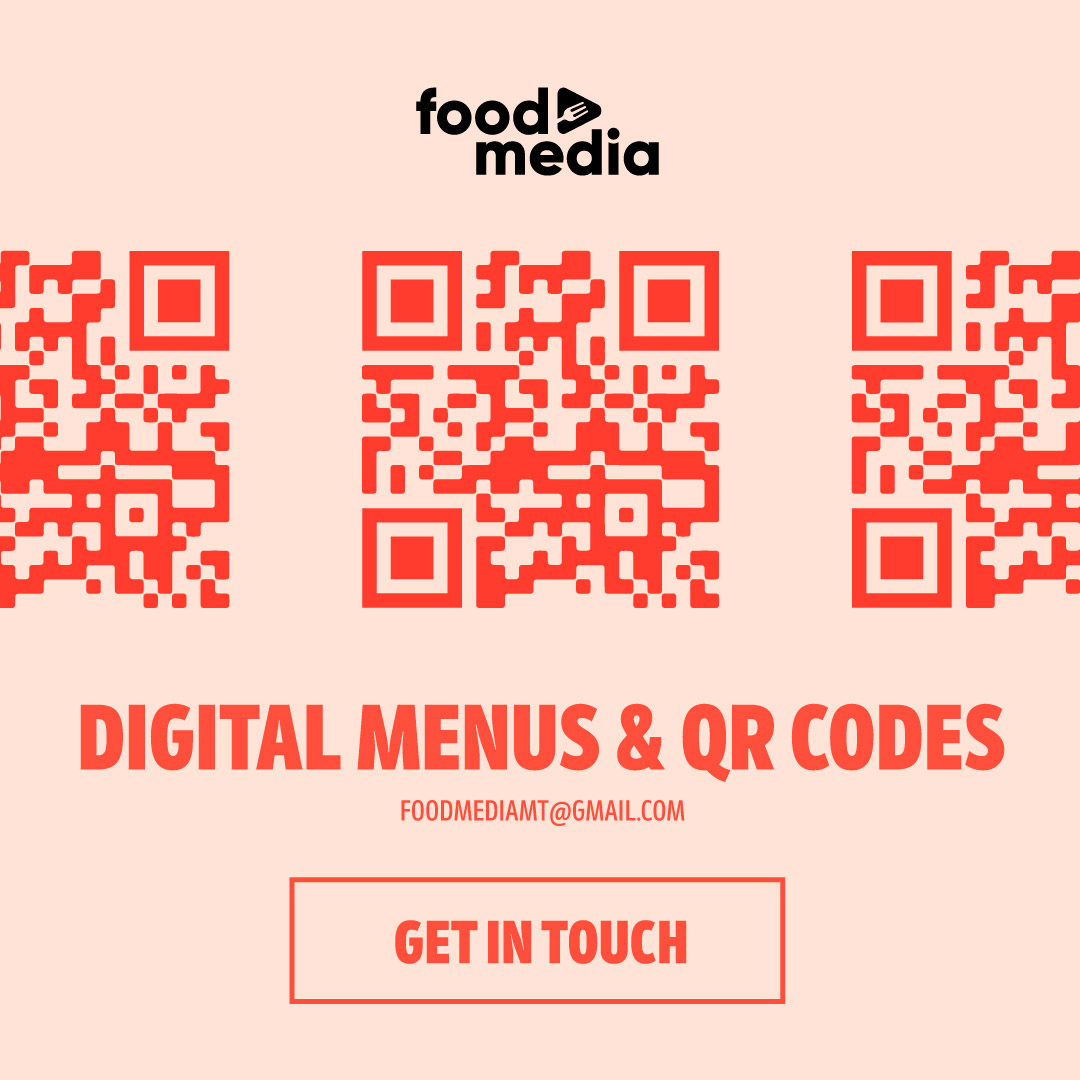